Have you been watching the recent U.S. Olympic Trials? One of my favorite events is gymnastics. Perhaps because I was a (sub-par) gymnast years ago. Simone Biles is such a queen.

Simone appears to defy the laws of physics with this epic tumbling pass from the 2019 US Gymnastics Championships. It's called a “triple-double”. That means she rotates around an axis going through her hips twice while at the same time rotating about an axis going from head to toe three, yes THREE, times.

It's difficult—but it doesn't defy physics, it uses physics. This amazing feat is simply a relationship between position, velocity, and time. I hope she pulls this twisty flip out for the upcoming Olympics; it is fabulous to watch.

My gymnastics days are long over. I can no longer perform a backbend, let alone attempt any sort of flip. But I can perform the equivalent of the “triple-double” in finance, especially for high earners.

What. The. Heck. (You are likely thinking this). But indulge me for a moment.

How an HSA Provides Tax Savings for High Earners

Most retirement accounts are “double-tax-preferenced” – receiving both tax-deferred status on assets in the account and either a tax-deduction upfront, or tax-free distribution treatment at the end.

The Health Savings Account is a “triple-tax-free” account, providing tax-deductible contributions upfront, tax-deferred growth, and tax-free distributions (at least for qualified expenses), as contrasted with retirement accounts that only offer two out of three.

The Health Savings Account is unique from the tax perspective, as it is one of the only accounts that permits both a tax deduction up front for contributions and can produce tax-free distributions for growth later – unlike retirement accounts, which may be pre-tax up front but taxable later (e.g., a traditional IRA or 401(k)), or are tax-free later but receive no tax deduction up front (e.g., a Roth IRA or Roth 401(k)). 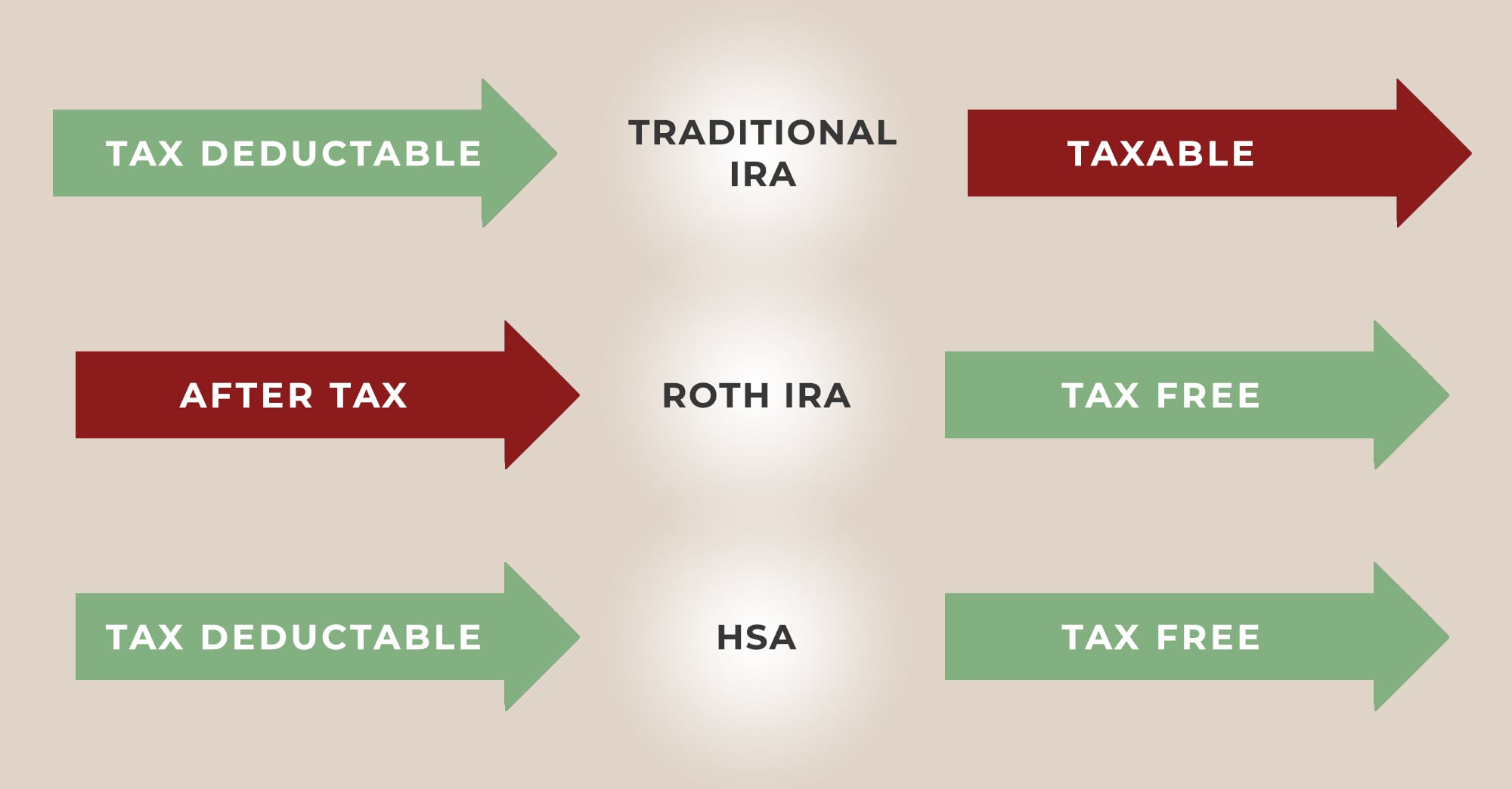 Getting Your Physics Ducks in a Row


First you must be in the right POSITION:

The opportunity to establish an HSA with all its tax preferences is the federal government’s way of thanking you for participating in a high-deductible health plan, or HDHP. If your coverage changes to anything other than an HDHP plan, the deal is off. The HSA is still yours and you can continue to take distributions from it, but you can’t make any new contributions to the HSA — that is, until you meet the eligibility requirements again.

Next you must have the correct VELOCITY:

For many people, the selection of what types of tax-preferenced accounts to use is simply based on whatever goals they are pursuing. For some high-income earners, however, who might be earning $300,000 or more, “basic” needs like an emergency fund, sending kids to college, and covering the medical expenses are already set. It’s more about maximizing the economic value of the dollars being saved along the way.

Finally, you must utilize TIME

The key to maximizing the HSA as a high-income savings account is to pay all actual medical expenses out of pocket, while also contributing to the HSA to cover future medical expenses. Because the reality is that it’s impossible to leverage the tax-deferred-and-tax-free benefits of an HSA until and unless it’s given time to grow tax-deferred and tax-free in the first place.

Why do this? Fidelity’s “Health Care Cost Estimate” study for retirees estimates that a 65-year-old couple will need a whopping $300,000 to cover health care expenses in retirement.

If you want to do any kind of flip, you need to first jump off the ground. Otherwise, you are just a human rolling around on the floor.  If you want to take advantage of these tax strategies, the best time to start is NOW. It may be just the right time for you to take the leap.

Benefit from a “Triple-Double” Coach


For those who already have some retirement accounts, and/or have more than enough dollars overall to achieve their goals, the fact remains that contributing the maximum to an HSA every year has the potential for more beneficial tax treatment than any other type of tax-preferenced account.

If you would like a financial coach to help you practice your flips, and then cheer you on as you hit a perfect score on your tax savings, please get in touch. You can set up a time here if you want to have a conversation on how to vault your way to financial success.